OBAFEMIO.COM
Discover the wisdom and beauty
​of Yoruba Spirituality

Get trained BEFORE you get initiated

With Obafemi Origunwa, you will:

Learn the fundamentals of Yoruba spirituality by enrolling in the Orisa Lifestyle Academy. My books, classes and Personal Priesthood coaching services will help you establish a stronger connection to the Orisa, your ancestors, and your destiny.

If I told you, You have to be a doctor to have good health, you would not believe me. In fact, you'd say the idea is ridiculous! It's equally ridiculous to suggest that you have to be initiated to know your destiny. In the exact same way that health is the byproduct of your lifestyle, so is destiny the result of self discovery. In other words, it's a process, not an isolated event. Stop trying to buy that which can only be developed from the ground up and cultivated from the inside out. Grow roots before spreading your wings.
​​
My process is different from other babalawos in that I combine Ifa and dream work to help you design developmentally-appropriate spiritual plans. Here’s how it works: ​
To help you stay on track and support your development, I offer a range of books, classes and services.
ENROLL NOW 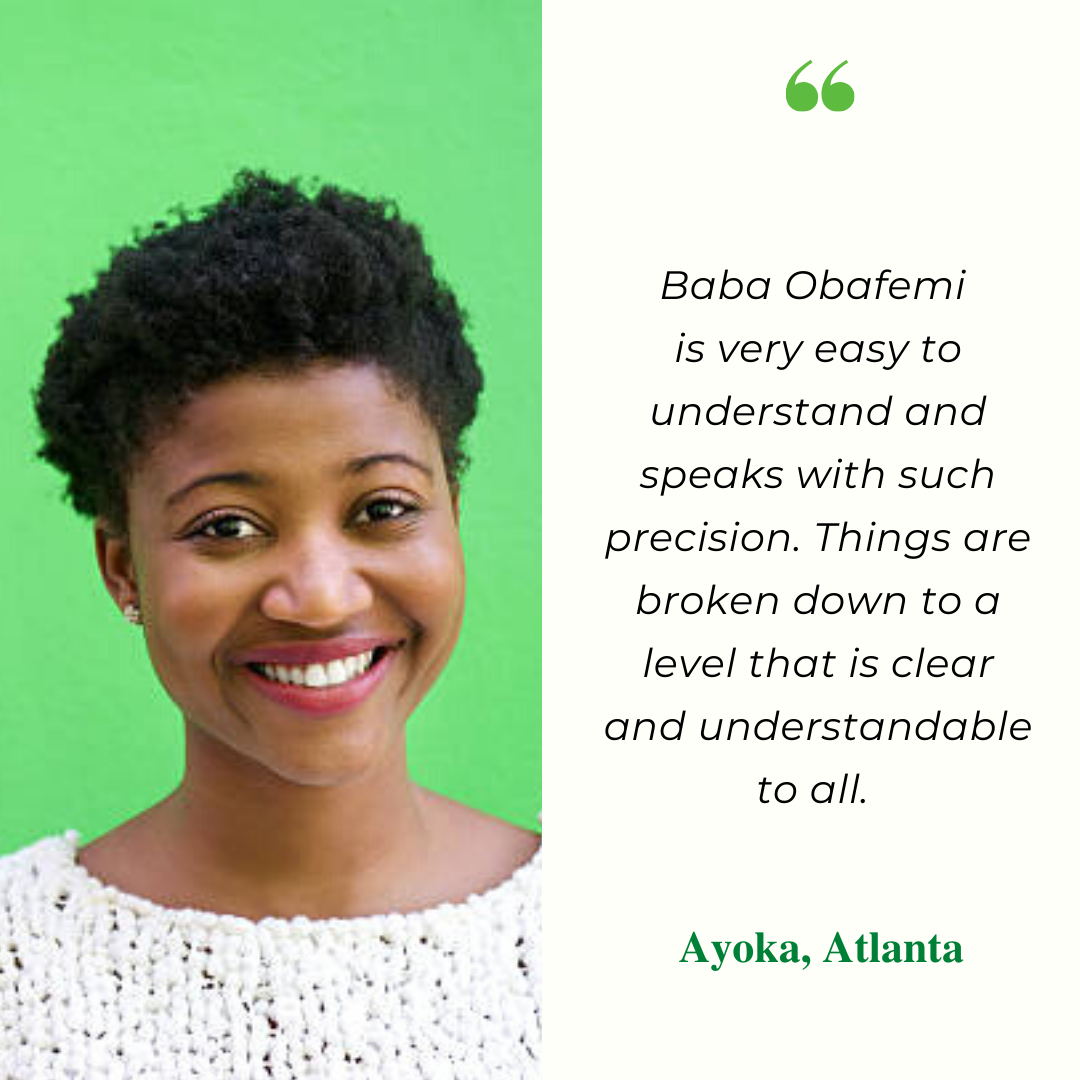 Rituals and ceremonies are NOT initiation. The only true initiation is transformation. In other words, nothing changes until you do. Even so, no matter how much you polish brass it will not become gold. And no matter how much you polish aluminum it will not become silver. So no ritual will turn you into something that you did not choose in the prenatal state. ​The greatest imaginable challenge, therefore, is to become the best version of YOURSELF possible. 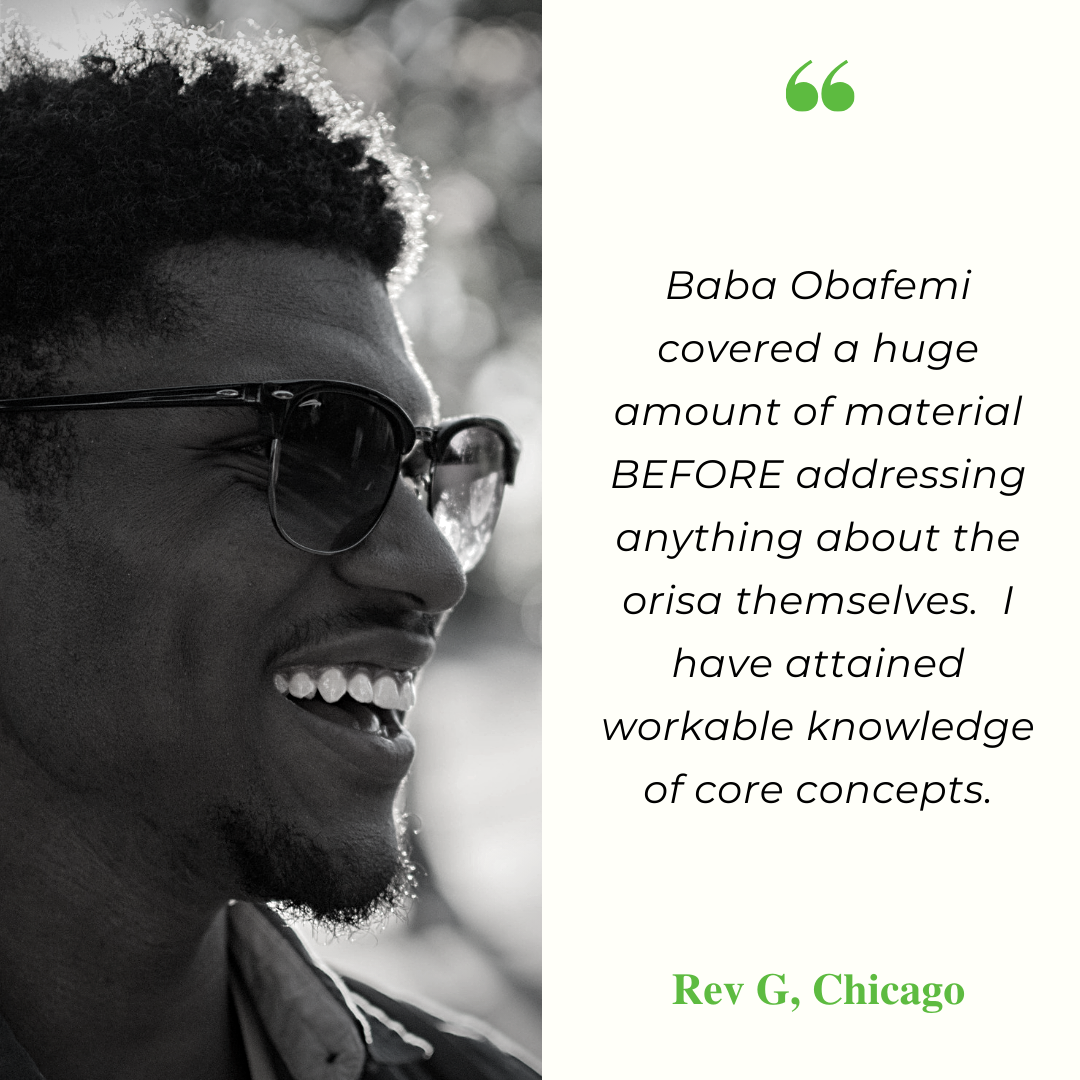 I don't want you to be the best version of Sango, the best version of Osun, or the best version of EjiOgbe. I am here to help you be best the version of  yourself. You can never be truly successful or fully content if you're constantly trying to imitate somebody else.  The true path of initiation is an inside out journey that will reveal your innate strengths as you optimize your natural gifts and talents in service to something greater than yourself. ​
ENROLL NOW

If after you invest today and go through the training you don't believe you are FULLY prepared for initiation, simply let me know within 90 days of completion and I will return 100% of your investment. 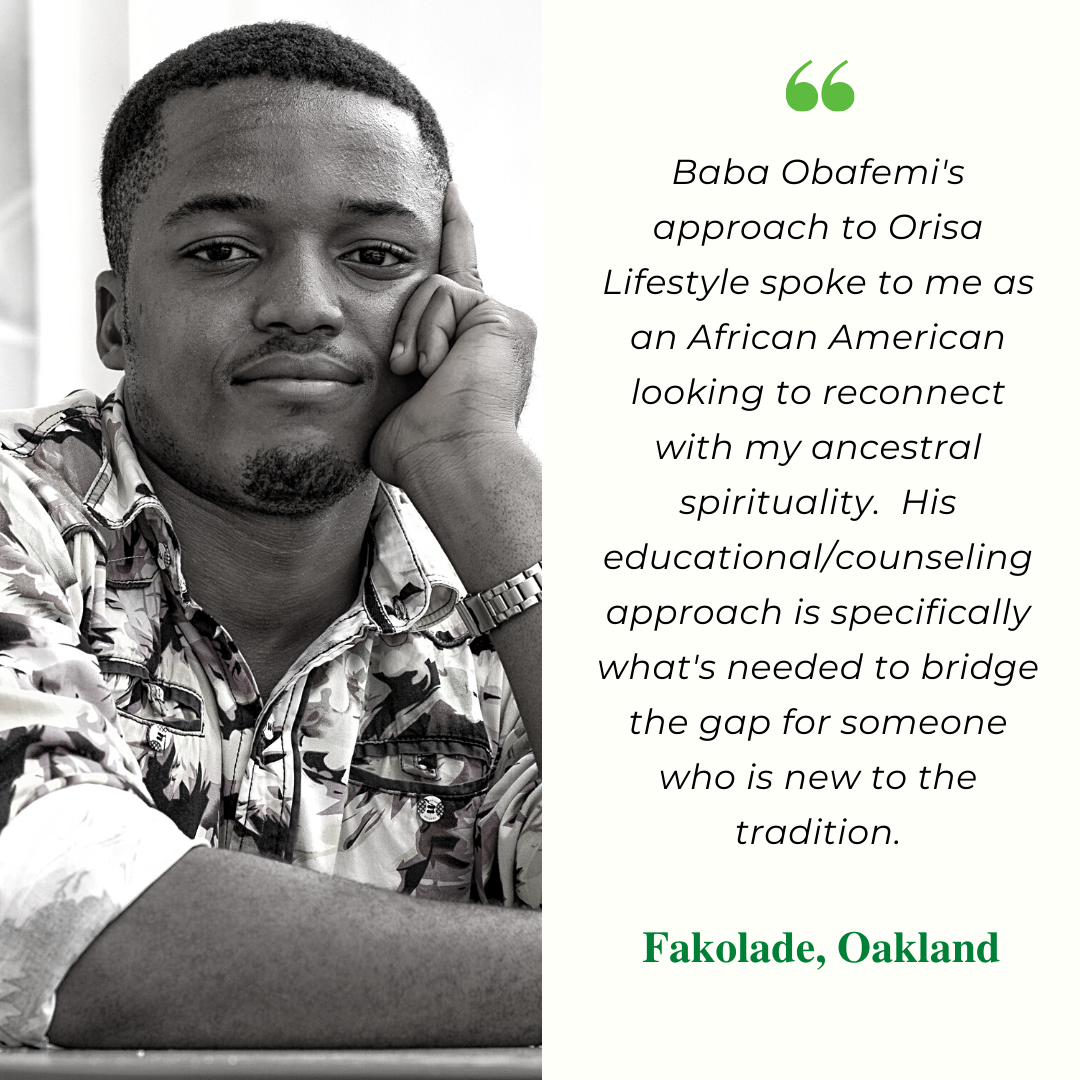 WHO IS THE YORUBA GOD?
Olódùmarè is the Supreme Being, the lord of existence. With Olódùmarè all things are possible.  Without Olódùmarè everything is impossible. Olódùmarè is the ever-weeping-king, who is eternally concerned for His Creation. Olódùmarè created eniyan, humanity, in order to bring about the Good Condition, Ipo Rere.
WHAT DOES YORUBA RELIGION BELIEVE?
The Yorùbá traditional religion believes that Olódùmarè is the Supreme Being. Olódùmarè created the Orisa, which are divine forces that govern the universe and support humanity. Ọ̀rúnmìlà is the Orisa who governs the divination system called Ifa. According to Ifa, human beings were created to help bring about Ipo Rere, the Good Condition.  Every family lineage has its own Agbole, which is the source of their ancestral promise. Every individual soul passes through Akunleyan, which is prenatal choice. Thus, we all chose to incarnate in order to deliver upon the ancestral promise.
WHAT IS YORUBA SPIRITUALITY?
The Yorùbá people are from South Western part of Nigeria and adjoining parts of Benin and Togo.  Yorùbá spirituality focuses deeply on self exploration, fulfilling one’s destiny, interacting with the spirits of nature as well as one’s ancestors, and aligning yourself with the will of Olódùmarè, the Supreme Being.  Yorùbá spirituality is widespread amongst millions of Africans in diaspora, where is it known by many names.
IS YORUBA RELIGION VOODOO?
Voodoo is more correctly called Vodun, which is the traditional religion of the Fon people, who come from the Republic of Benin [not to be confused with Benin City, Nigeria]. A Vodun is the Fon equivalent of an Orisa. For example, while the Yorùbá venerate Orisa Ogun, the Fon venerate Vodun Gu, both of whom are divinities who govern warfare, iron and justice. Yoruba religion is closely related to Vodun. Neither has anything to do with "Hollywood Voodoo."
HOW DO I GET STARTED IN YORUBA RELIGION?
Reincarnation is one of the most important principles of Yorùbá religion. Reincarnation perpetuates our relationships to Egungun, the ancestors. So, one of the first steps you should take is to complete your family tree, followed by DNA research. These two elements work together to inform your exploration of your family's ancestral promise. As you start to gain a clear understanding of your lineage and ancestry, you will increase your ability to effectively practice Yoruba religion.  LEARN MORE
Live the Medicine! | 530.316.1150 | ObafemiO@orisalifestyle.com | ObafemiO.com