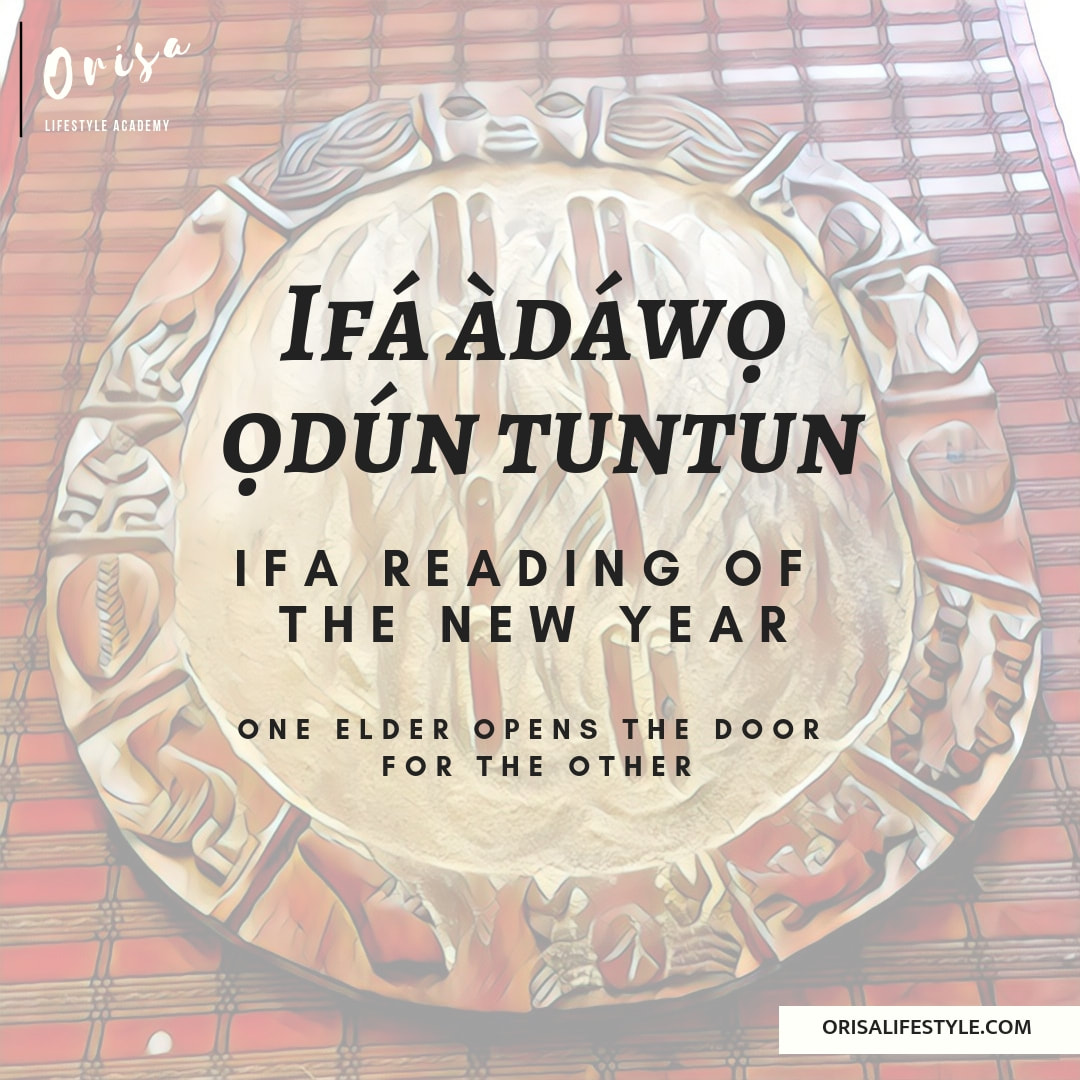 Reading of the Year 2019 - Orisa Temple of Oakland

OTURA-OGBE (OTURA-ORIKO, OTURA ORIIRE)
Here, Ifa establishes Ori as the supreme divinity. No Orisa will help you to succeed more than Ori this year. Cultivate your internal environment,  mentally, emotionally, spiritually. Likewise, organize your physical environment in ways that complement your natural gifts and talents.

You may partake of the rituals and advisories given. However, for maximum efficacy, you must contribute to the sacrifice and make use of the medicine that will accompany the messages that follow. For more information, please call 530.316.1150.

​Pray that your Ori will envision improvement and that your feet will take you there.

PROFILES
VERSES
Ifa says that even though you are not the oldest, everybody will be looking to you for guidance and leadership.  Ifa says you should propitiate your Ori and offer ebo for longevity.  Ifa advises you to offer ebo.  On this, Ifa says;


Ifa foresees ire of leadership where people will always be at your service.  Ifa says that your Ori will never let you down.  On this, Ifa says;

Sosoro the Awo of the Swamp land
He cast Ifa for Oloriire Apesin, the Lucky man who shall be worshipped by all
Here comes Sosoro, the Awo of Abata
Don’t you know that it is only those who are lucky that people gather to worship?


Ifa says that you must be propitiating your Ori at all times in order for you to be financially successful.  Ifa also advises you to propitiate the spirit of the dead.  If your parents are still alive, you can propitiate the spirit of your grand-parents or any of your dead family.  You also need to offer ebo with 4 guinea-fowls, 4 pigeons, and money.  On this, Ifa says;


The birds arm is just a bit bigger that its thigh
Cast Ifa for Ori, the offspring of Atete-niran
Offspring of the one who quickly supports someone in the presence of Oosa
The wealth I have today
It is the work of my Ori
It is Otura-Oriko
Spouse, children and all the good things of life that have today
It is the efforts of my Ori
Thanks to Otura-Oriko


Ifa says that you have four different things in mind that have been bothering you.  Ifa assures you that all these thoughts which have been giving you restlessness shall goes the way you want it.  You also need to propitiate Sango and Oya.  On this, Ifa says;


Ifa advises you to offer ebo in order to be successful in life.  Ifa also advises you to propitiate your Ori with duck, rooster and guinea fowl.  On this, Ifa says;


Ifa advises you not to be lazy at work.  You should be hard-working and you must not play with your job.  You must not leave your work to do unnecessary thing.  Ifa says that you must never play ayo game.

It is the particular errand they sent someone that one delivers
One must not refuse to do the work someone give you to do
One does not wake up in the morning
And refuse the errands of ones creator
These were Ifa’s declarations to Oyi
When going to heaven
He sent Ikin to Ado land
He sent Ope, the Palm tree, to Igeti the home of his father
He said they should go and help him take care of the place.


Ifa says that they want you to embark on a journey so that you will come back in shame.  Ifa says that it is you and one other person who will embark on the journey.  Ifa assures you that you will go and come back with prestige.  Ifa advises you to offer ebo with 2 pigeons, 2 roosters and money.  On this, Ifa says;

The spinner is it that spins the cotton
He cast Ifa for Ikoto
And also to Ongo
The two of them were going on Ifa’s mission to Oyo town
They were going for wonderful dancing steps
It was only Ongo who offered ebo
I have never embarked on any journey and come back in shame
Ongo, Ongo everything is clear