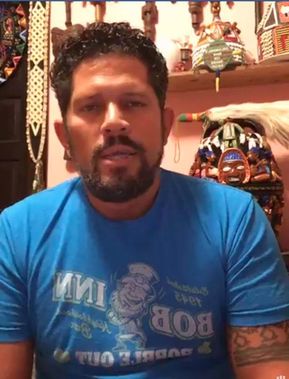 #swallowvomit
Looking at the Odu, "Odi Meji", cast for today's Ose Ifa, I realized that hope is not lost to sanitize our cherished Yoruba Traditions, Ifa.
This is a verse where the cheats, liars, impostors, untrained and unrighteous who called themselves Babalawo were exposed and executed by "Iko Eledumare"( Emissaries of Olodumare).
Now listen to the super true story.

The 'Reformers' named above were sent by Olodumare. Firstly, they confronted the "so called Babalawo, "Mimoda Awo Ile Alara". They asked him, "how do you cast your Ifa"? He responded, "when casting Ikin, if I have two left on my palm, I print two. If I have one left on palm, I print one. If the Ikin drops, I still print". He showed them the way he was doing it. The delegates of Olodumare shouted simultaneously, "so you are among the people destroying people's lives". They cut off his head and put it in a sack called "Apo Aminijekun" and transfered it to another sack called "Apo Olahanhanjihan".

They decided to visit Asamo, Arumo, Odimodimo who were wise enough to consult Ifa before their arrival. Ifa warned them that doing 'ebo' would not be enough except they followed Ifa truthfully.
The "Iko Olodumare" arrived their house and asked them, "how do you cast your Ifa"?. They said, "If casting Ifa, we have two left on our palm, we print one. If we have one, we print two. If the Ikin drops before printing, we start all over again".
The 'Reformers" were pleased with them and declared, "your truthfulness has spared your lives. We have made you leaders of Ifa practitioners".

The three Babalawos were very happy and thankful and they started singing as follows:-

Those who have ears should listen.
Stay blessed
​
From Araba of Oworonsoki land, Lagos Nigeria