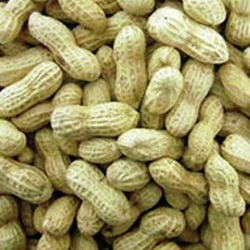 But in the wake of world wide financial collapse – with foreclosures on the prowl, investment plans ruined and tens of g 20 years ago: “Cost of living get so high/Rich and poor they start to cry!” In times like these, when we barely feel capable of taking care of ourselves, the idea that one’s worth is measured by how much he gives is borderline offensive.

But there is an even deeper reason for our reluctance to give during financial hardship. As our material resources dwindle, we not only feel incapable of giving, but also unworthy of being a giver. In a society that counts everything, the fewer things you have to count, the less worthy you feel. After all, the truth of the matter is, we express our identities through the things we buy. Each pair of shoes, trip abroad, electronic device and piece of clothing represents an expression of our individuality: I shop, therefore I am. No money equals lowered self worth.

Once upon a time, Orunmila was so destitute that the only food he could afford was peanuts. In spite of his knowledge of the beginning and the end of all things, Orunmila was unable to see the end of his own suffering. Imagine how unfit he must have felt to bear the title, Eleri ipin (custodian of destiny). If you have ever gone hungry, you can imagine his despair, making a meal out of peanuts for the 3rdday in a row. So great was his depression that he was even considering suicide.  Just then, three doves flew overhead, cooing loudly. They drew his attention to the bottom of the hill, where he had been throwing the peanut shells. There, he saw a small group huddled together, gathering up the shells to boil in a soup. The message was clear, “there is no one to whom God has not been generous, only those who will say he has not been generous enough.” Everyone has something for which to be thankful.

Yorùbá traditional wisdom teaches us that “despite the multitude of holes punched in it, the sieve still manages to sift flour.”
thousands of jobs lost – who is really in a position to give? Individuals, corporations and entire state economies are at a standstill. In these hard economic times, it’s not about giving, it’s about surviving. The rising tide of financial hardship is lifting all emotional boats to a higher level of uncertainty and fear. It’s what Bob Marley san

Today, make time to look inside yourself. How do you define yourself? To what extent is your self worth externally defined? When you look down and see the holes in your life, where do you find strength and direction? Recall a time in your life when you were stripped of your material resources. Maybe you were robbed or lost your luggage. When have you felt absolutely defeated or driven beyond reason in the face of a material loss? And if you feel so inclined share your story with me. I would love to hear it.